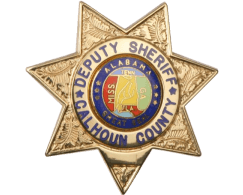 It was the first day of summer vacation [1] and the 14-year old girl was having an especially rough time of it.

We don’t know much about what led to it, but by 7:30 that morning, the girl had threatened suicide and stormed out of the family home, destination and whereabouts unknown.

This took place in Hernando County in central Florida — the state that is number three in the country for human trafficking. It is no place for a distraught, suicidal 14-year old runaway girl.

Shortly after the initial call came in, investigators got word that she had been spotted inside a vehicle.

Thanks to the federal government’s program giving surplus equipment to local law enforcement agencies, the Hernando County Sheriff’s Office has in its arsenal a Hughes OH-6A Cayuse helicopter.

Developed for combat use in the jungles of Vietnam, on this day the Hernando County’s military surplus helicopter was airborne in search of a teenage girl whose very life might well be at stake.

From the vantage point of aerial observation and with a top speed of 150 knots, chief pilot Corporal David Calianno and tactical flight officer Deputy Matt Spooner located the car and immediately began calling out her location and direction of travel to officers on the ground.

Like a quarterback calling plays to the offense, Calianno and Spooner maneuvered the helicopter to follow the girl and radioed her movements to the backup, who soon were able to take her into protective custody — without incident.

The chopper found its way to Hernando County because of the Department of Defense’s 1033 program which since 1997 has been giving surplus military gear and equipment to local law enforcement agencies. Sheriffs’ Offices in particular depend on the 1033 program for items our local taxpayers could never otherwise afford.

The Oklahoma County, Oklahoma, Sheriff’s Office, for instance, has retrofitted an MRAP — a Mine-Resistant Ambush Protected vehicle like the ones seen so often in news reports from Fallujah and Baghdad — for use as a multi-purpose emergency response vehicle.

The armored MRAP was first used to respond to a shooter who had barricaded himself in his house (negotiators inside the MRAP were able to pull close to the home without fear of being shot) and is one of the few vehicles able to navigate tornado-strewn streets to rescue survivors.

In the wake of the Ferguson, Missouri, protests earlier this year, however, President Obama, responding to fears that “militarized gear can sometimes give people the feeling like there’s an occupying force,” announced that the government will no longer provide heavy military equipment like helicopters and MRAPs to local law enforcement.

Such gear, said the President, “can alienate and intimidate residents and make them feel scared.” [2]

Besides the heavy equipment that was banned by the President, local law enforcement agencies will now have to submit to a rigorous new regime of restrictions and conditions that the President imposed on other types of equipment he didn’t ban including firearms, ammunition, and explosives.

Ask the parents of the 14-year-old runaway if the Hernando County’s army surplus helicopter made them “feel scared.” Most likely, they’ll tell you it saved their daughter’s life.

Likewise, the residents of tornado-prone Oklahoma County, Oklahoma, will likely see the multi-purpose emergency response vehicle as the answer to prayers, not a source of intimidation.

The National Sheriffs’ Association, together with other local law enforcement officers, has urged President Obama to reconsider his ban and for Congress to override it.

Paul Laney, is sheriff of Cass County, ND and Jonathan Thompson is executive director of the National Sheriffs’ Association

US Marshals Warn of Phone Scam